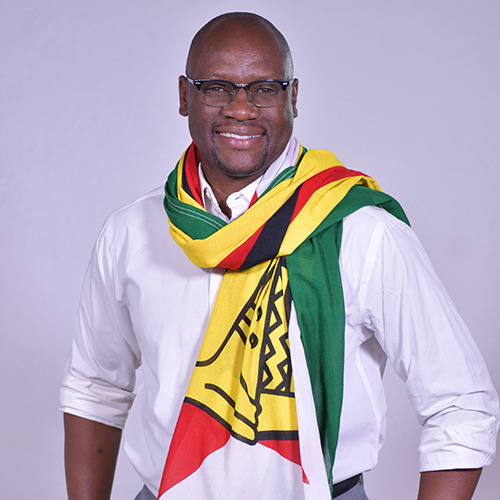 Evan Mawarire is a Zimbabwean clergyman who founded #ThisFlag, a citizens’ movement to challenge corruption, injustice and poverty in Zimbabwe.

The movement empowers citizens to hold the government to account. Through viral videos, the movement has organised multiple successful non-violent protests in response to unjust government policy.

Mawarire was imprisoned in 2016, 2017 and 2019, charged with treason, and he faced 80 years in prison. His message of inspiring positive social change and national pride has resonated with diverse groups of citizens and attracted international attention.

He has addressed audiences at The Atlantic Council, Yale University’s Association for African Peace and Development, Harvard’s Human Rights Centre, the Oxford Union, the Oslo Freedom Forum and the Geneva Summit for Human Rights & Democracy. Foreign Policy magazine named him one of the 100 Global Thinkers of 2016. The Daily Maverick Newspaper of South Africa named him its 2016 African Person of the Year.

Evan is a 2018 Stanford University Fellow of the Centre for Democracy Development and the Rule of Law. He is a nominee of the 2017 Index on Censorship Freedom of Expression Awards, and the 2018 Swedish government’s Per Anger Prize for Democracy Actors.