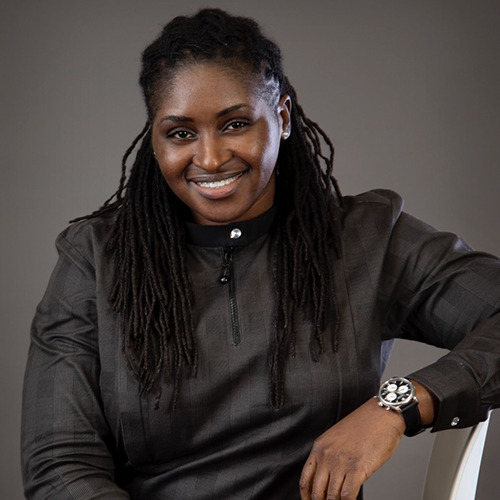 Executive Director of The Equality Hub

Pamela Adie is a communications professional, and serves as the Executive Director of the nonprofit The Equality Hub. She is also an LGBTQ Rights advocate, a bitter feminist, and a filmmaker. She directed the recently-released Under The Rainbow, Nigeria’s first lesbian-focused documentary.

Previously, Pamela served as Senior Campaigns Manager at All Out, where she led the successful global campaign to stop notorious American pastor, Steven Anderson from entering South Africa to spread hate against LGBTQI people. She believes in equal rights. So when the Nigerian government refused to register her nonprofit and infringed on her freedom of Association, Pamela launched a suit against the government agency. The case is at the Nigeria Court of Appeal.

She has spoken worldwide on LGBT rights and social inclusion topics, including at the 2017 World Economic Forum, where she made the business case for LGBTQ inclusion in the workplace. As a  2018 Obama Foundation Leader, Pamela believes knowledge should be shared and has trained many human rights advocates across the African continent on digital campaigning and advocacy.

Pamela is an MBA graduate from Webster University, and she earned a Masters in Non-Profit Management from the University of Baltimore, Maryland, USA