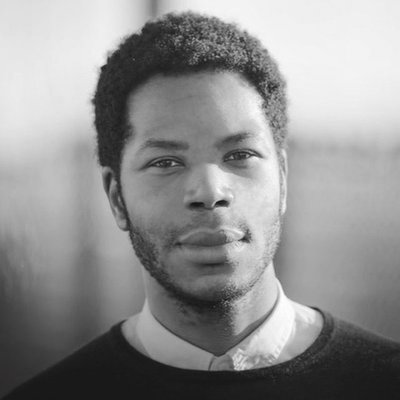 Dr Clive James Nwonka is an LSE Fellow in Film Studies within the Department of Sociology. He completed his PhD in Film Studies at Brunel University, which sought to improve understandings of the relationship between political ideology and film texts, and the broader concept of film as social practice. This considered the effect on social realism by New Labour’s Third Way and its social and cultural policy through questions of narrative, textual meaning and race and class representation. These meaning are approached primarily through question of realism and representation, but also from aesthetics and mise-en-scène. He spent two years as a Post-Doctoral Research Assistant on the AHRC Community Filmmaking and Cultural Diversity project led by Professor Sarita Malik within the Media and Communications department at Brunel University and has previously lectured at Brunel, Birbeck and University of Greenwich. Nwonka convenes the course White Screens/Black Images: The Sociology of Black Cinema on the MSc Culture and Society.

His research is situated at the intersections of contemporary realism and film policy, with particular interests in black British film, international cinemas and American Independent film. This is framed around the representation of socio-political issues in contemporary cinema, exploring the linearity between decontextualized representations with the macro changes in the political sphere – how national cinemas appropriate and counter political hegemony. This interest primarily concerns the discourses that frame textual meaning, representations of race, class and socio-political inequality and how film incorporates and visualises the frameworks of mainstream political ideology. Nwonka also has interests in the use of architectural theory as a framework for understanding how identities and spaces are crafted in film. As a result, his scholarship is interdisciplinary and underpinned by a mixed intellectual resource of film and TV studies, sociology, politics and cultural studies, situating textual readings within contemporary socio-political debates. Beyond academia, Nwonka has consulted on diversity policy for the Department of Digital, Culture, Media and Sport and the British Film Institute and on visual representations of race for Facebook.

Nwonka is currently writing on the political economy of diversity policy within the UK film industry, neoliberal aesthetics in contemporary black cinema and the representation of the white working class in American Independent Film. Alongside academic journal articles, Nwonka is currently writing a book on the aesthetics of British urban cinema, which draws on this interdisciplinary approach. It looks at a particular film genre through the optic of politics, race, architecture, allegory, music, media discourses as well as via traditional film studies approaches. Nwonka is also co-editing (alongside Dr Anamik Saha, Goldsmiths) the second iteration of Black Film British Cinema through Goldsmiths Publishing/MIT Press and the ICA.

He will be a facilitator on the panel: African Soft Power.