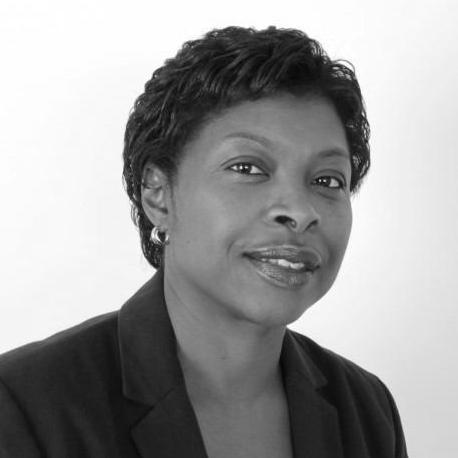 Glenna Thompson was called to the Bar of England and Wales, by the Honourable Society of Inner Temple in 1993 and enrolled as a Barrister and Solicitor of the High Court of Sierra Leone in 1995.  She was a practising Barrister at the Chambers of Wilfred Forster-Jones in Middle Temple, London till August 2002 when she left the UK for Sierra Leone. She was one of the defence lawyers at the UN backed Special Court of Sierra Leone. She worked extensively within Justice Sector Development in Sierra Leone as a consultant, trainer and as Component Manager, Administration of Justice, Justice Sector Development Programme (JSDP), a DFID funded programme. She was a former prosecutor and Director of Investigations, Intelligence and Prosecution for the Anti-Corruption Commission. She developed the manual on Criminal Justice Best Practice and was a member of the drafting committee on the Criminal Procedure Bill, the Anti-Corruption Act 2008 and the Domestic Violence Act 2007.  She led the team that developed the Justice Sector Reform and Investment Strategy II for the Government of Sierra Leone, developed the Strategic Plan for the Ministry of Justice for 2013-2015, the Manual for State Prosecutors and drafted a report on Commercial Law and Justice in Sierra Leone which formed a component of the Justice Sector Reform and Investment Strategy III. She was a member of the Constitutional Review Committee, representing the Sierra Leone Bar Association. In practice she was ranked in Chambers and Partners and is also a member of the Chartered Institute of Arbitrators.

She is a former Chairman of Ecobank Sierra Leone and a former Chairman of the General Legal Council (the regulatory body of lawyers in Sierra Leone).  She was a former lecturer at Fourah Bay College, University of Sierra Leone and is currently a lecturer in Professional Ethics and Advocacy at the Sierra Leone Law School. She has been a contributing author to the International Comparative Legal Guide on Mining Law, International Arbitration, Engineering and Construction Law and Project Finance as well as to the Reuters and Practical Law publications on Dispute Resolution and Arbitration and Litigation and Enforcement in Sierra Leone.  In July 2017, she was appointed to the Supreme Court of Sierra Leone where she now serves.

She will be a speaker on the panel: In Pursuit of Justice.